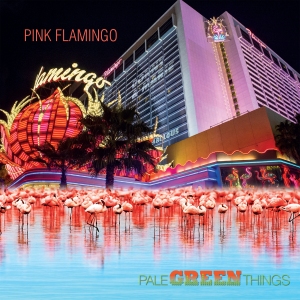 The talented artist has already seen success with past tracks and now looks set to do it all over again with the help of a Pink Flamingo.

Jack Traynor has revealed that he plans to provide audiences with a unique performance experience. The video for his latest single, Pink Flamingo being a great example of this:

Hear it on Soundcloud: https://soundcloud.com/palegreenthings/pinkflamingo

Jack has supported acts such as ‘The Riffles’, ‘Dave Mcpherson’, and ‘The Coral’ (at Noel Gallaghers aftershow party) and ‘Dirty Sanchez’. He has also accompanied ‘The Virginmarys’, an ever growing popular US group.

Jack’s hobbies and personal interests are heavy influencers in shaping his latest EP. Jack’s interest in geography, travel and even population densities; play a key part in the songs sound and narrative. The lyrics are also inspired by the creation of fictional characters as well as autobiographical situations.

His latest single ‘Pink Flamingo’ is one of his most beautiful songs to date. The infectious chorus is only a part of what makes this whimsical tale of life and astronomical connections so poignant. It is based around the many events that take place under the constellations; with its main focus being about sitting outside the Flamingo Casino in Vegas. The sound is an indie pop mix drawing from influences such as The Killers, Belle and Sebastian, and Idlewild.

Jack has recently been recording music in Glasgow; with a music producer by the name of John McLaughlin over the last few months. John has seen great success in the past and looks to be striking another hit if Pink flamingo is anything to go by. Also, Teenage Fan club star, Francis MacDonald was involved in their recording session too.

Visit their Homepage at: http://www.palegreenthings.com