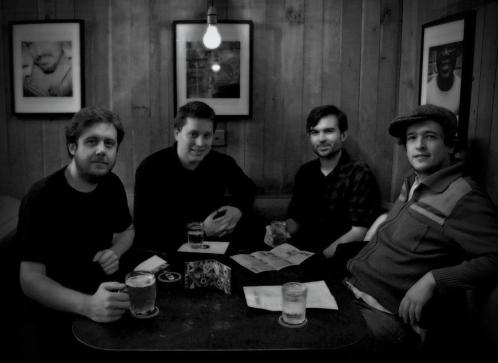 The Lazlo Device is the new voice of indie. With a dreamy mix of melodic guitars and contemplative vocals the London based band manages to transport the qualities of 80s shoegazing into a 21st century narrative.

After what they describe as “four years of hard bloody work” The Lazlo Device has reached a level of proficiency that is made for big stages as can be heard in their upcoming single ‘Looking Glass’ from the album Duelism.

Being formed out of the remains of noteworthy bands such as Goldroom, DP Wives or Turbowolf the lads combine years of experience with a well developed sound and a massive portion of diligence. The diversity of their style is primarily a product of various musical backgrounds. All four members are songwriters in their own right and having been influenced by a broad range of different genres has contributed greatly to the uniqueness of their songs.

Their music is also about to be featured on a forthcoming BBC documentary about the Black Panthers. With an electrifying album and a single coming up it’s only a question of time before the Lazlo Device are headlining arenas.