Having excelled as a classical pianist, Ben Ridley now enters a new chapter in his musical life – that of a multi-instrumentalist singer-songwriter. Taking inspiration from the likes of Todd Rundgren and Randy Newman, as well as keeping hold of his nuanced, classical training, he has spent years analysing the craft of song-writing. Following on from the success of his debut single, Dancing Mood, and its follow-up, I Always Do, Ben now releases his much-anticipated album, Sing.

Sing is a body of work designed to be experienced as a whole, with Ben showcasing his talent for melody and dedication to intricate arrangements and superior studio skills, to create cinematic snapshots of life, love and regret. Playing every instrument and taking care of all vocal duties, his tracks cover a range of styles, from an 80’s singer-songwriter feel, evoking images of a New York drenched in rain and neon (I Always Do), to the title track which has all the scope of a West End theatre show-stopper.

Based in Brighton, England, Ben has incorporated cinematic style and scope to his music which fits with his vision of a strong narrative running through his work. Having played live at venues such as the fabled Ronnie Scott’s and with a number of well-received classical music only albums under his belt, he is joined on the track by Gerrard – not another artist but in fact his trusty old grand piano.

Here’s an oddity – coming across as an up-tempo number for a theatrical show, Ben Ridley has potentially cornered an untapped market! Dancing Mood, his first single released as a singer-songwriter, comes after a successful career as a classical composer and pianist. Though still demonstrating a certain musical prowess, it’s certainly got “something”… 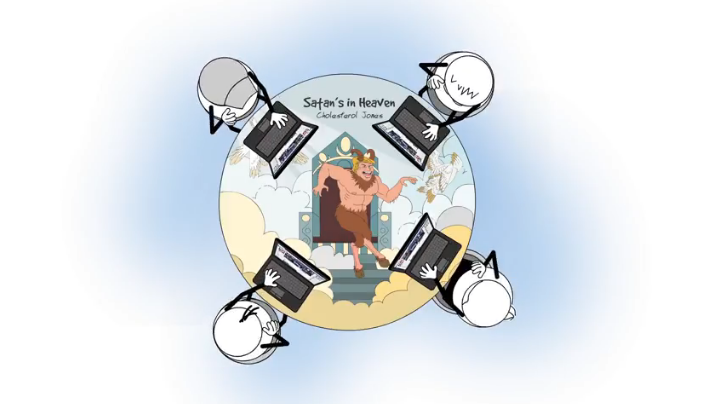 Bavarian-born and resident in both the US and UK,  Cholesterol Jones, debuts his new single ‘Satan’s in Heaven’.

The single has an unusual video to accompany it. All animated, it’s sure to catch viewers attention.

The video tells a story of Trump and the election – heaven is America and Satan is Trump, on the off-chance you didn’t quite get it! 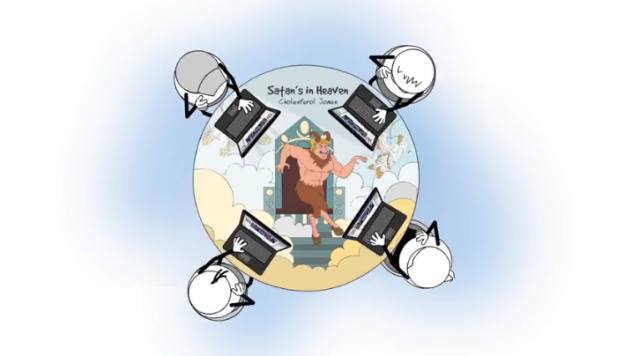 If you’re into gospel/country music then this song is definitely for you, though this only tells half the story, as the rest of the EP see’s him playing everything from pop to indie-rock.  You can have a good old sing-a-long either way.

You can watch the video below:

Once you start watching it, it becomes disturbingly addictive. We dare you to tear yourself away!

You can catch Jones on social media below:

Singer-songwriter and gifted guitarist Pedro Syrah prepares for the release of his new album Fairytale Land with this intimate new track ‘Summer Night On Fairytale Land’.

The Portugal-born artist has already played in esteemed Lisbon venues such as the mighty Aula Magna and now hopes to take his fresh and exciting sound to the rest of the world!

Watch the video for ‘Summer Night on Fairytale Land’ here:

A creative guitarist, he draws a lot of influence from classical music, also playing with unconventional tunings to form a unique sound that is entirely his own.

His upcoming album is set to centre around a variety of personal themes including love stories, the loss of friends and a roadtrip he took in California. Pedro has described his sound as ‘an immersive experience into ourselves and our feelings’.

With recording set to take place in Abbey Road studio with Sean Magee, Fairytale Land is sure to take this sound to new levels.

Pedro’s music is likely to appeal to fans of indie-folk artists including Ben Howard, Damien Rice, The National and Jamie Cullum.

Okay so this little talent isn’t strictly relevant to guitars, but we’re just too impressed with the guy to miss the opportunity to shout about him!

Formerly dubbed ‘Britain’s Mozart’, Shane Thomas is quite possibly the most talented teenager across the British music industry.

New single, ‘Mrs Matisee’ is to be released 10th December, prior to the release of his debut album, ‘From Me To You’, due for release soon after.

‘Mrs Matisee’ showcases Shane’s incredible talent and beautifully demonstrates the amazing capabilities of this young composer. The tack in undeniably stunning and transpires audiences into the fascinating world of Shane Thomas.

Shane was inspired to write the track earlier this year when he saw a painting by Henri Matisse. He was so taken with the beauty of the painting that he decided to compose a piece of music about it. Shortly after writing the track Shane discovered that Debussy had been inspired by the very same painting and produced a well known piece of music called, Arabesque.

Shane began playing the piano at the tender age of seven and has since taken on the challenge of mastering the art of the cello and percussion.  Shane dreams up all of his music. He has never sat at a piano to compose anything. He does it all in his head, then later sits to play the piece. He can immediately play any melody or song he hears.

Aged ten, Shane was the youngest person in history to be signed to a music publisher, E.M.I. music.

Peter Andre, Jamie Cullum, Bradley Walsh and Jason Mansford are all fans of the child star.

Keep up with Shane here: