Hooray! The Sheratons, we’re hearing, are heralding the return of The Paisley Underground, the indie-pop movement that actually WAS crying out for resurrection. Better Days has all the hallmarks of the unassuming, yet sparkly scene that politely excused itself during the 1980s and has been meekly waiting to be invited back in again. First have a listen to their cracking new song, then investigate our recommendations for other Paisley Power Pop Princes and Princesses 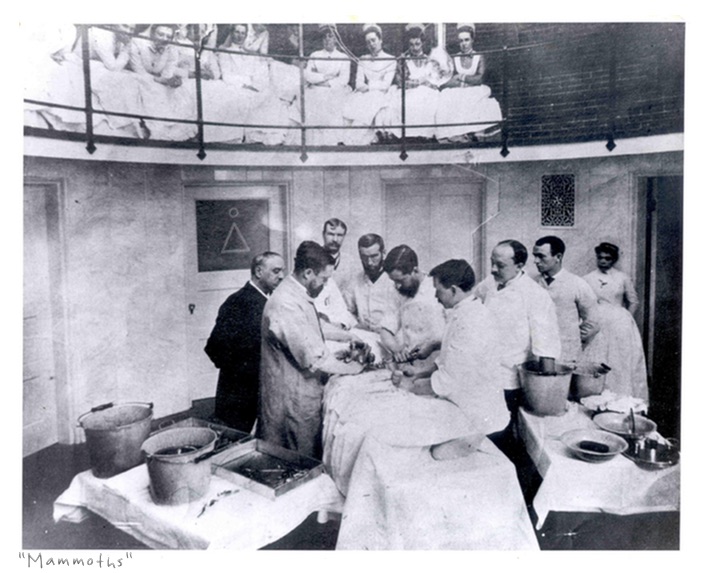 Revelling in the heavier side of indie rock, The Colossal Heads are a group on the rise who have been compared to artists such as Queens of the Stone Age, Incubus, Modest Mouse and Nirvana. These are not bands whose names should be taken lightly in terms of comparison – thankfully The Colossal Heads do them justice.

Those bands rose in the 90’s and early 2000’s due to a rock genre that had gone from being anti-establishment to part of the norm. In recent years the cycle has started again, and The Colossal Heads are here to shake things up once more. To offer further proof, check out the album lead track ‘Mammoths’. 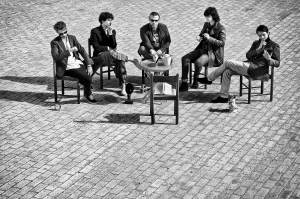 An eclectic Indie rock band from Italy, Noel and the Pandas are exciting group add a variety of ideas to their rock roots. Their debut album ‘In the Art of Doom’ sees them on sparkling form, and the latest single is no exception. With great electronic touches and even a jazz feel thanks to a beautifully lonely sounding trumpet melody, the song’s gradual build then transforms it into a thumping anthem for the close, making it one of the very best on an excellent album.

You can hear the song, ‘Wondering Love’, here:

Produced by guitarist Nicola Rosti, the debut album marked them out as the hottest new alternative rock sound to emerge from Italy, and that’s a reputation that is only likely to grow with singles like this.

The lyrics, written by band founder Noel, are a typically wistful reflection on his own history. His is a story of riches to rags, and after a promising career as a banker was ended overnight, he has picked himself back up from a life of destitution using nothing but his music and the experiences he has to write about. The power of music to move and transform those who make and hear it is often underestimated, but Noel is living proof that – with enough talent and determination – it’s possible to come back from the brink.

LP to be released on the same day as lead single, ‘That Ain’t Love’ – October 1st

A South Wales based boy band with a taste for energetically infectious melodies, Eric Unseen are a three piece with a growing reputation in the UK indie scene.

Having supported and gigged with a host of high profile names including Bastille, We are Scientists, The Alarm, The Stiff Little Fingers, Cast, Ocean Colour Scene, Skindred, Paramore, Goldie Lookin Chain, The Subways, and The Automatic, the band are now ramping up for further exposure with new album ‘Brought Up the Right Way’.

With a sound that comes across like a contemporary version of The Smiths with an indie twist, Eric Unseen are unlike any other band on the circuit at the moment, and aim to drive their point home with this album’s lead single – ‘That Ain’t Love’

The band are no strangers to the stage and have really turned heads with the quality of their live shows. In addition to the impressive list of gigs above, they also reached the final of national competition ‘Live and Unsigned’, fighting through 10,000 acts to play in the showcase event at London’s O2 arena in front of 3 thousand people.

Their success though has not gone to their heads, and they happily joke about the gig they played the next day – a small pub with seven people in it who were there to watch the football.

And it all comes from an outlook of simplicity and the feel of a band simply having fun, with lyrics inspired by a relatable life in ‘The Valleys’ of Wales painting a very different picture from the trashy MTV attempt at reality television.

The album and single will be available from October 1st and is being funded by new crowd funding site Free The Music Book: http://freethemusicbook.com/index.php?route=product/product&product_id=61

“Good luck with trying to get these melodies outta your head..” uberrock.co.uk

Papermoons achieves a balance of rock and indie tones that collide to create a truly meaningful and immersive piece of music.

In an interview about the album, John Szuch at Deep Elms (the label responsible for the duo) had this to say “Since the release of our debut New Tales back in 2009, Daniel and I went through some pretty big life changes: marriage, moving, finishing school. The songs on No Love were inspired by the personal growth we experienced due to all these changes. Playing music together has always been special to us. We wanted to write these songs to sort of break the silence of the past several years. We feel the album is a focused, fresh start for the next stage of Papermoons. ‘No Love’ is a tongue in cheek moniker for an album of often serious content. The songs explore the duality of our emotions, how we experience love, and how our perception of these emotions changes over time. The cover features a photograph that Daniel took at Muir Beach overlook in California because we feel it is at once beautiful and lonely. It represents the duality of our emotions…a topic explored throughout the album. It’s been a cathartic experience to finish No Love and we are both very proud of the end result. We hope you enjoy it as much as we enjoyed creating it” says Matt Clark. Daniel Hawkins adds “we draw a lot from the concept of making more out of less. We try to create songs that are easy, innocent and pleasant to listen to but that also contain subtle complexities that make listening more interesting and enjoyable. We strive to make music that can both cheer someone up and also console. We’ve both been involved with playing music for many years now and what has been continually inspiring to us is the way in which music connects people. And of course, the personal satisfaction of creating music is second to none.”

The two guys behind this indie/rock LP are Matt Clark (Vocals, Guitar, Pedal bass) and Daniel Hawkins (drums, vocals, hand percussion). No Love was produced, engineered and mixed over the course of a year. Whilst the tried and tested theme of love and heart break may not win any awards for originality, this long player still has a certain turn it up quality to it.

Vagabond Flag is somewhat of an enigma. His focus is on the music pure and simple; he made the decision to produce an album of quality music, which he was absolutely proud of, before releasing anything publicly. Quite a refreshing approach.

Vagabond Flag’s background is steeped in emotional conflict and tension. He was, like most of us, affected by the 9/11 terror attacks in New York. He started to notice previously thinly masked social divides and became aware that culturally and racially the West was far more paranoid and far less secure than it had previously considered itself. He also saw that the way countries like the US and the UK responded sought only to compound the effects of terror by clamping down on liberty, rather than working against it. These thoughts, which were inescapable at the time, fuelled the fire for Vagabond Flag and encouraged him to return to his love of music. He always knew he had songs and stories in him – it was just a matter of amassing the courage to take some time out from his day job and get writing and recording.

Vagabond Flag’s debut release, ‘Not Afraid’, incorporates these ideas and puts them into words which resonate politically today. He sings:

So you can try to get me to run

But I’m not afraid of you

No I’m not afraid of you“

Listen to the track here: https://soundcloud.com/vagabond-flag

These are undoubtedly words which protesters from Kiev to Cairo might find poignant today. Musically, ‘Not Afraid’ draws on a Lo-fi indie inspired sound reminiscent of 90s garage rock. Clearly Vagabond Flag draws musical influence from the likes of early Oasis or Pixies, and lyrically from thoughtful and quality acts such as Eels or Radiohead. On top of this Vagabond Flag himself claims that his musical inspirations range from house / DnB artists like Photek to modern R&B legends like Erykah Badu. Despite, Vagabond Flag’s clear ideological drive to write and the influence of his background, his main inspirations come from the world of music. He is an artist and ultimately just wants to put into words and notes what is happening in his head – an admirable objective in itself.

2nd album to be released through PIPEANDGUN Recorders

Created by cherry picking the ten best tracks from a collection of almost 100 recordings, the new album Hummingbird from Albanian indie folk pop artist will be released by PIPEANDGUN Recorders this Summer.

Produced by Margjeka with the aid of a team including three time Grammy award winner Darrell Thorp (Radiohead, Beck, Outkast, Gnarls Barkley), Chris Steffen (Stereophonics, Ben Harper) and Eric Masse (Escondido, Robert Ellis), the collection marks a real step forward for Margjeka – the result of his most creative and mature recording sessions yet.

Brought up with a love for Western rock’n’roll and inspired by pop legends Little Richard, Jerry Lee Lewis and Elvis to 1990’s MTV Europe, Armand Margjeka’s musical influences were drip fed during his formative years as Western music slowly made its way into a country still reeling from the fall of the Berlin Wall.

Margjeka released his debut solo album Margo Margo in 2011. “I want to do music without any preconceived parameters. I like to combine unexpected elements in my music. Margo Margo is completely honest and shows the directions I want to pursue in my song writing and playing.”

Hailing from a ‘tiny village in the Netherlands’, Natasha Nicholls is an exciting, self-taught musician who quite literally writes songs in her sleep. Having already gained the attraction of the national media in the Netherlands, De Telegraaf (the Dutch version of the Daily Mail) and Story Magazine (one of the biggest magazines in the Netherlands) just to name a couple have featured the young musician.

Each of the three songs from her debut EP, titled simply ‘EP’, were developed from ideas which were roughly recorded after waking up with melodies and lyrics in her head. It’s indicative of a passionately DIY approach that is also reflected in her excellent animated video, which she edited to suit her song entirely herself: http://www.youtube.com/watch?v=Z_IfYlilpIg

In fact, Natasha Nicholls is a self-made musician in every sense, building her own website from scratch as well as creating the artwork for the EP and setting up and taking her own artist photos. It’s a fierce approach which has won her a great online following and attracted much media attention, as aforementioned – not bad going for an artist who’s also juggling her time with her student studies.

Even more impressive, Natasha Nicholls’ charity work has raised a lot of money over the years for needy children around the world, leading to her own recently established children’s foundation that aims to help handicapped children and orphans in Asia and Africa. For each copy of the EP sold, Natasha has pledged a percentage to the cause.