Okay – we’ve caved, we have had to do a Christmas post. But it’s definitely worth it for Jon McDevitt’s new Christmas jingle ‘Father Christmas’.

Exceptionally easy-listening – and backed with some brilliant rhythm guitar – this could be the next Christmas cracker. Check out McDevitt’s video here:

After the death of a close friend he was moved to create a song in his honour, taking inspiration from his friend’s popular saying ‘live everyday like it’s your last’ he named the track ‘Live it Up’.

“ I never thought he could combine the styles of EDM and Hip Hop and Take it somewhere past were Pitbull has taken it, no disrespect to Pitbull, but a younger and newer wave”

Currently living in Manhattan, New York Speed Autobahn has been driving audiences so wild that both men and women have ripped their shirts off as they danced and raved. Performing in some of New York’s most famous venues such as Harlem Shrine, Santos House Party, Brooklyn’s Paperbox and also Fame Festival in Atlanta, GA he was introduced to the rapper Fat Joe earlier this year who encouraged him to aim for the skies with his art, saying “ your friends and family are not your fans, focus on creating music that people from all over can appreciate and love”. Having toured with the punk rock band and his producer Danny Switchblade, speaks a lot about the immense quality of music they express together.

In addition to his fantastic accolade his music has been featured on the award winning YouTube web series “Ghetto Nerd Girl” Speed Autobahn is set to tear his way up the music industry.

They say practice makes perfect and this is most definitely the case with Croydon’s latest jangly, blues-fuelled rock offering, Coffeepot Drive. Subtly combining the hook laden guitar of Alabama Shakes with a huge vocal presence reminiscent of The Supremes, Coffee Pot Drive is a band that cannot be missed.

Growing up in East London, surrounded by rappers like Dizzee Rascal, Robyn Regan is the sensational young singer-songwriter who is not afraid to buck the trend. Her upbeat pop works well against the grain, with a unique sound and spectacular pop vocal that truly stands out from the crowd.

Robyn Regan  brings a brand new soft release with “Oh I”, a song about something that everyone can relate to – the big teenage crush! 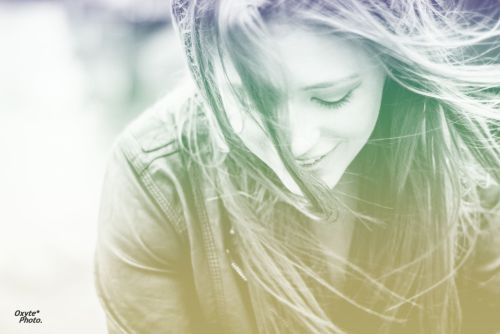 You can hear the track here:

Robyn’s previous releases have gained high praise from radio stations and critics alike, plus plaudits from an even higher source, with tracks already making the top 10 in the iTunes’ songwriter chart!

She has performed on stage at some of London’s most prestigious venues, including The London Palladium, Her Majesty’s Theatre, The Hackney Empire, The Globe Theatre and The Barbican. Robyn has also been able to pick up performance spots on TV and in advertising, working on a campaign for the British Heart Foundation and appearing on kids TV shows ‘The Crunch’ (Nickelodeon) and ‘Smile’ (CBBC).

This mixture of talented song writing & performance Robyn Regan is set on course to become the Bow Belle of Pop .

BowLDN based in South West London, he is a solo artist and producer who is no stranger to going against the wave. Working hard to create a unique hip hop sound all of his own, he has consciously stepped away from the expected standardisation of the music industry to create something new.

The latest example of his unusual sound is his track ‘Survivor’, a fittingly named single about overcoming adversity to make a better life for yourself – a subject with which BowLDN has a lot of experience.

Diagnosed with learning difficulties at a relatively late stage in his schooling, BowLDN was initially told by his mainstream school that he wouldn’t pass his GCSE exams. Taking the important decision to leave behind a school who had lost faith, he studied for his GCSEs at a YMCA training school, eventually passing each subject and specialising in music.

Moving on to college, he once again found himself lost in the shuffle, and getting in with the wrong crowd. A scrape with the law left him sentenced to one year’s probation and 30 hours community service.

Encouraged as part of his sentence to join a drama group called Bare Truths, BowLDN met a supportive group of people who allowed him to express himself creatively for perhaps the first time. Once his sentence was up, and he was no longer required to attend the group, he continued anyway – learning with each session and honing his creative outlet.

This work has allowed him to express himself through his music, the result being the new track ‘Survivor’. It’s a fitting song for someone who has worked hard against the odds and come out with something to show for it.

BowLDN has gone from school struggles, to probation to developing himself into a talented urban songwriter – an admirable transition which has seen him featured in mainstream publications such as The Guardian.

The next step is the release of ‘Survivor’ on June 22nd. From there – who knows?

Currently living in New Orleans – the birthplace of soul and jazz – Yo are a rock band not afraid to make a statement. After travelling the globe and making homes in various corners of the USA and Europe, the music and songwriting draws upon a wealth of inspirations and tales from the road. This latest single has been taken from the album this is the fun loving, punk laced track ‘Shake It’ – with amazing punchy bass-lines, quasi-spoken vocals and a funky beat.

You can hear the track here:

The single is taken from the album ‘Vagrancy’, an LP which demonstrates perfectly the versatile nature of Yo’s song writing. Songs such as ‘Shake It’ are seemingly built for the high energy of live performance, but other tracks on the album suit different environments. Whether chilling out at a festival, going for it on a club dance floor, jumping around at a live gig or relaxing in a local pub, there will be a song on this album which fits perfectly to every situation.

Altogether, it makes for a great hit, sewn together by the originality of vocalist Andre’s delivery.

Single ‘Shake It’ will be available from June 15th.

3 track release set to be unleashed on June 15th

Born in in Australia but now living in London, Kindy Dove is the musical moniker of frontman Scott Wade and his evolving collective of musicians. Progenitors of gritty, driving rock, the group are readying themselves for a fresh assault on the music industry with a brand new three track EP.

Their particular brand of rock and roll, defined in many ways by the bluesy, post-rock growl of Wade on vocals, is currently in short supply both nationally and globally, and Kinky Dove are now looking to redress that balance.

For a taste of their punchy style, check out the video to EP track ‘Some Kind of Fool’, featuring an epic slap-happy montage of Hollywood moments.

The EP also features a remix/cover version of classic 1978 track ‘Another Girl Another Planet’ by The Only Ones – in this case titled simply ‘Another Girl’.

There is also a trance remix of ‘It’s Called Heartache’ on the EP. You can find the video for this at

The EP is online at

Produced by Chris Kimsey, previously of Olympic Studios, the EP marks Kinky Dove out as one of the earthiest rock bands on the scene. Fans of Scott Wade and Kinky Dove before they began working together, the producer clicked with the style and heights straight away at which the music was aiming, and helped mould that vision into the musical reality that Kinky Dove has become.

The CD was mixed by Wade. Studio legend Phill Brown loved the sound of the CD, commenting that the mixes were “open and alive.”

The resulting EP is a continuation of form from previous album ‘Kinky Dove vol. 1’, and the latest step in Kinky Dove’s  climb.